We’ve covered breakfast in a previous blog, so let’s do lunch!

Sandwiches
Most store-bought breads are vegan, if you are buying from a bakery, just check that they haven’t used egg or milk to glaze. In terms of fillings, there’s many things you add, here’s a few ideas: 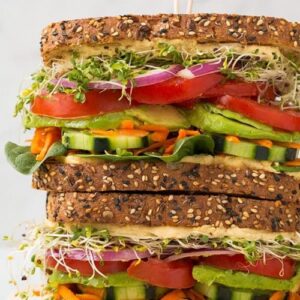 Baked Potatoes
Another vegan classic is the baked potato with baked beans, you could also use a vegan mixed bean chilli. Other fillings also include hummus, with a side salad, if you fancy something a bit lighter. 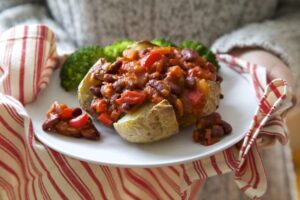 Tortilla Wraps
There are many things you can fill a wrap with; the most obvious is falafel with hummus and salad. But you could also have some vegan deli slices, like the vegan Quorn ham, with some vegan mayo and salad.

Soup
Soup is also a great lunch option, and you can now get a variety of canned vegan soups. My favourite store bought one is the Batchellor’s Butter Bean, Lime and Chilli. Simply serve with some bread and vegan butter! 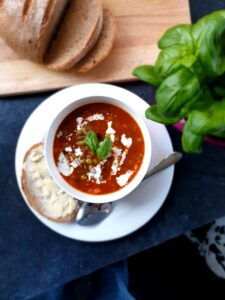 For more ideas, see the ‘Lunch’ tab on our Vegan Recipes section.