I had the pleasuring of ‘speaking’ to Dr. Michael Greger in order to get his expert opinion on going vegan and the health benefits of doing so.

Who is Dr. Michael Greger?

A founding member and Fellow of the American College of Lifestyle Medicine, Michael Greger, MD, is a physician, New York Times bestselling author, and internationally recognized speaker on nutrition. He has videos on more than 2,000 health topics freely available at NutritionFacts.org, with new videos and articles uploaded almost every day. Dr. Greger has lectured at the Conference on World Affairs, testified before Congress, and was invited as an expert witness in the defence of Oprah Winfrey in the infamous “meat defamation” trial. He is a graduate of Cornell University School of Agriculture and Tufts University School of Medicine. Three of his recent books— How Not to Die, the How Not to Die Cookbook, and How Not to Diet all became instant New York Times Best Sellers. His latest two books, How to Survive a Pandemic and the How Not to Diet Cookbook, were released in 2020. All proceeds he receives from the sales of his books go to charity. 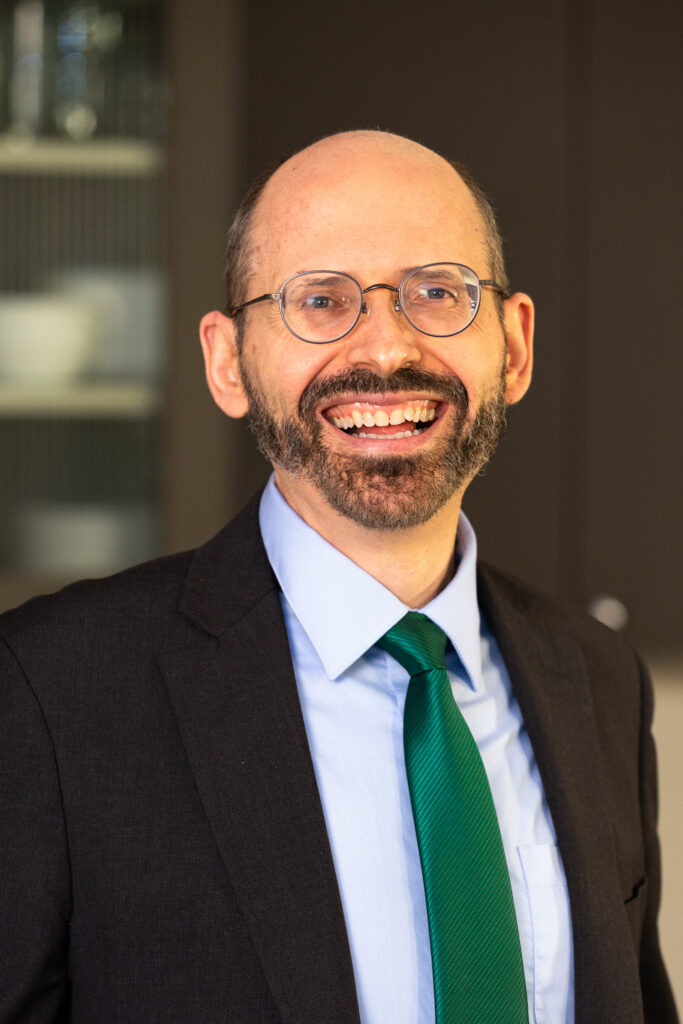 In 1990, most years of healthy life were lost reportedly to undernutrition, such as diarrheal diseases in malnourished children, but now the greatest disease burden may be attributed to high blood pressure, a disease of overnutrition. The pandemic of chronic disease has been ascribed in part to the near-universal shift toward a diet dominated by processed foods and animal-sourced foods—more meat, oils, dairy, soda, eggs, sugar, salt, and refined grains.

In contrast to the toll exacted on our health from the consumption of meat, eggs, milk, and other animal products, researchers have shown that a more plant-based diet may help prevent, treat, or reverse some of our leading causes of death, including heart disease, type 2 diabetes, and high blood pressure. Interventional studies of plant-based diets have shown, for example, 90 percent reductions in angina attacks within just a few weeks. Plant-based diet intervention groups have reported greater diet satisfaction than control groups, as well as improved digestion, increased energy, and better sleep, and significant improvement in their physical functioning, general health, vitality, and mental health. Studies have shown plant-based eating can improve not only body weight, blood sugar levels, and ability to control cholesterol, but also emotional states, including depression, anxiety, fatigue, sense of well-being, and daily functioning.

Only one way of eating has ever been proven to reverse the progression of heart disease in the majority of patients: a diet centered around whole plant foods. If that’s all a whole-food, plant-based diet could do—reverse our number-one killer—shouldn’t that be the default diet until proven otherwise? The fact it may also be effective in preventing, treating, and arresting other leading killers seems to make the case for plant-based eating simply overwhelming.

Is dairy a health food? Swedish researchers found significantly higher rates of bone and hip fractures, heart disease, cancer, and premature death in general for women who drank more milk. Three glasses a day was associated with nearly twice the risk of dying early. Men with higher milk consumption were also recorded having a higher risk of premature death. And, when it comes to cancer, leading experts have expressed concern that the hormones in dairy and other growth factors could potentially stimulate the growth of hormone-sensitive tumors. Experimental evidence also suggests that dairy may promote the conversion of precancerous lesions or mutated cells into invasive cancers in vitro. What’s more, dairy consumption may also play a role in increased risk of asthma, Parkinson’s disease, and elevated blood pressure, among other health concerns such as recurring canker sores.

There are so many wonderful plant-based cheeses, yogurts, butters, and milks in the marketplace now without the cholesterol, animal proteins and hormones, and other unhealthful baggage wrapped up in dairy. I encourage everyone to explore the many options and find a new, more healthful, favorite.

Anyone who doesn’t know how to get protein on a plant-based diet doesn’t know beans! Protein from plant sources is preferable because of the baggage that comes along with protein from animal products. Food is a package deal. Beans and other legumes, such as split peas, chickpeas, or lentils, are the protein superstars of the plant kingdom, and we should ideally enjoy them every day.

It’s not what you eat today or tomorrow that matters, but what you eat over the next months and years. Look at each meal as an opportunity to eat the foods that do the greatest good—for your health, for the animals, and for the environment. Find your motivation. As a physician, your health is vitally important to me. As a compassionate global citizen, I’m concerned about the welfare of all animals, human and nonhuman, and the integrity of our environment and planet as a whole. How wonderful is it that a plant-based diet isn’t only the absolute best for our health, but is also the best for animals and the earth?

I love coming up with delicious, nourishing food in a way that maximizes nutrition with every bite, and sharing meals with friends and loved ones is always special to me. I’ve shared many of my absolute favorites in my books, cookbooks, and online at www.NutritionFacts.org. I don’t think it’s possible for me to settle on just 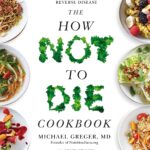 one favorite meal, so I’ll share some of my go-tos: Check out my Basic BROL, a flavorful, hearty mix of barley, rye, oats, and lentils that I use as a base for savory and sweet dishes. Add some unsweetened cocoa powder, Date Syrup (another favorite featured in The How Not to Diet Cookbook), walnut pieces, and cherries, and you have a decadent-tasting, super-healthful Chocolate-Covered Cherry BROL Bowl. Or, if you’re in the mood for a savory breakfast or any-time-of-day dish, add greens, veggies, and spices for a BROL Bowl with Sauteed Greens.

There is a single species responsible for the COVID-19 pandemic: humans. Over the last few decades, hundreds of human pathogens have emerged at a rate unprecedented in human history. Emerged from where? Mostly from animals. The AIDS virus is blamed on the butchering of primates in the bushmeat trade in 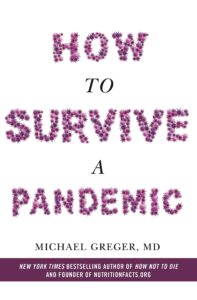 Africa, we created mad cow disease when we turned cows into carnivores and cannibals, and SARS and COVID-19 have been traced back to the exotic wild animal trade. Our last pandemic, swine flu in 2009, arose not from some backwater wet market in Asia, however. It was largely made-in-the-USA on pig production operations in the United States.

Today’s factory farming practices typically overcrowd thousands or even tens of thousands of animals in cramped, filthy, football-field-sized sheds. Animals are intensively confined and live beak-to-beak or snout-to-snout atop their own waste. Animal agribusiness has become a breeding ground for disease. The sheer numbers of animals, the overcrowding, the lack of fresh air and sunlight, the stress crippling the animals’ immune systems, and the ammonia from the decomposing waste burning their lungs—put all these factors together and you have a Perfect Storm environment for the emergence and spread of new “superstrains” of influenza. Factory farms can be thought of as viral incubators for disease—a potential recipe for disaster.

How can we stop the emergence of pandemic viruses in the first place? Whenever possible, treat the cause.

The largest and oldest association of public health professionals in the world, the American Public Health Association, has called for a moratorium on factory farming for nearly two decades. Indeed, factory farms are a public health menace. We don’t tend to shore up the levees until after disaster strikes, but the bottom line is that it’s not worth risking the lives of millions of people for the sake of cheaper chicken and pork.

A recent Neuroepidemiology editorial by the editor-in-chief entitled “What the COVID-19 Crisis Is Telling Humanity” concluded: “Intensive confinement of animals in factory farm operations should be discontinued worldwide for the sake of animals, humans, and the environment, and we should rapidly evolve to eating other forms of protein that are safer for humans, including plant-based meat alternatives and cultured meat (produced by culturing animal cells).”

I’d like to extend my heartfelt thanks to Dr. Greger for his time and expertise!